Retail is detail. When did we forget? 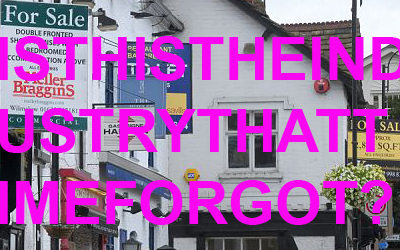 Retail is under fire. Stores are closing, figures don’t add up. But why, asks Jeffrey Tepel, when there is such a clear example of what works?

Is there an industry, right now, especially – but not exclusively – in the more economically developed countries, undergoing more change and under more threat than physical retail?

Stores are deep in the fog of war, in a place where there is no consensus, only confusion. Whiskey tango foxtrot? Who knows… This isn’t a crisis, it’s a correction says About.com’s retail industry pages of the situation in North America.

On other fronts, figures don’t add up or conflict with one another. Here’s The Telegraph on the UK’s terrible holiday season:

“UK retail sales in December were up 5.3% on a year ago – the fastest annual sales growth in more than nine years.”

Can we even believe the evidence of our own eyes? Because I swear our high streets look like the gap-toothed grin of Cletus Spuckler, but the BBC says:

“It’s the small stores that are very much driving growth – they are seeing a consistent gain of 8% annual growth, while large stores are seeing 2.6% growth.”

And there, above it all, bathed in light and wrapped in layers of the finest silk, with angels on each shoulder and breath like honey, hair floating in a Mediterranean breeze, is Sephora: a physical and digital retail juggernaut of lovely. A deceptively simple explanation of why from the consistently excellent Walter Loeb writing in Forbes:

“Sephora has captured more than 20% share of the cosmetic and fragrance market in the United States, a remarkable achievement in light of the fact that department stores still carry a wide selection of leading brands – many of which are still not in Sephora… By offering new and modern brands, a large selection of merchandise, and superb customer service, Sephora has attracted a younger consumer than the department stores. Sephora sales associates focus on color, fragrances and skin care and effectively cross-sell products. This contrasts with department stores who approach the business by brands… Sephora is also embracing new service ideas throughout the store. For example, associates ensure quick check-out through the sophisticated use of technology including mobile phone credit card payments.”

Is this a revolution in retail or back to basics? Retail is detail. Sephora has not only remembered that, it has applied the same unfussy precision that makes a shopping experience great – from corner- to department store – across its digital space. More than that, it embraced technology to improve the physical when everyone else stopped evolving at barcodes. All with a fixed gaze on Sam Walton’s most prescient quote:

“There is only one boss. The customer. And she can fire everybody in the company from the chairman on down, simply by spending her money somewhere else.”

You can boil Sephora’s approach down to four words, collaborate and innovate everywhere. In an industry under fire, this is the clear way forward.