LEGO – The Building Blocks to Success 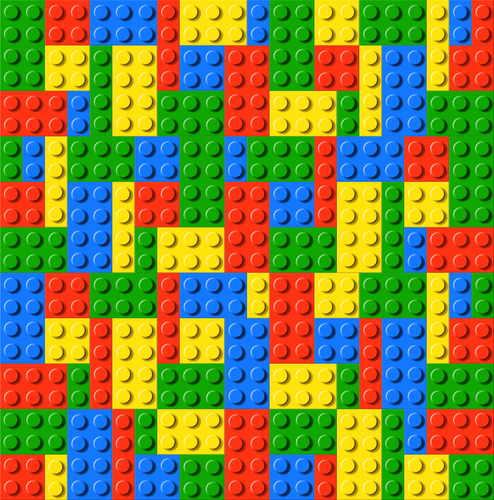 Jørgen Vig Knudstorp, CEO of Lego has redefined the Danish toymaker. This is how he built the foundations for better leadership.

A traditional family business had always been at the heart of Lego; but by the time current CEO Jørgen Vig Knudstorp – the first man outside of the founding family to head the company – came onto the scene, the model was no longer working.

The Lego Group began its life in the workshop of Ole Kirk Christiansen, a carpenter from Billund in Denmark, who began making wooden toys in 1932. By 1934 the company was known as Lego – from the Danish phrase leg godt, meaning “play well”.

While the introduction of plastic moulding mechanisms breathed new life into Lego, giving us the now infamous multi-coloured plastic bricks of our childhood, over time the company found it was spreading itself too thin. As the world around Lego moved into an increasingly more digital era, the Lego Group appeared to be on its way out.

But then, in 2004, new CEO Jørgen Vig Knudstorp arrived, and his radical rethinking of the Lego Group not only breathed new life into the company, but also saved it from near-destruction (PDF Annual Report 2004 LEGO Group  – interesting read). Make no bones about it: Jørgen Vig Knudstorp is the man who rescued Lego.

According to Knudstorp, his entire vision is based around the Lego brick, “that it is our heritage and it is our future”, but in this modern business world, how do you ensure a firm financial backing for a company whose main product is – essentially – falling behind the times?

“Sometimes when I speak about our vision, I talk about a 2.2 version of the Lego Group,” Knudstorp exclusively explains to MeetTheBoss.tv. “When we talk about the digital age, I talk about a 2.2 version of Lego to signify that we are not leaving the physical world, but we are taking the best learning from that and continuing with that as our actual mainstay and core business, and we are adding the digital revolution.”

Speaking exclusively to Adam Burns, Editor-in-Chief at MeetTheBoss.tv, Knudstorp explains some of his truly “out the box” ideas that helped make a critical difference at Lego. And, now that the brand is up and running again and is doing incredibly well once more, Lego is now facing a multitude of options for future opportunities.

“I think it is a golden rule in business that most companies don’t die of starvation, but die of indigestion,” jokes Knudstorp. “There is so much opportunity if you open your eyes to it. One of the rules I stick to is that you can really only build an adjacency to your core business every three to five years, because it’s such a major undertaking in terms of culture and in terms of capability.”

And Knudstorp knows what he is talking about. Not only is he responsible for the reimagining of culture at Lego, which has helped the construction toy maker to redefine its business model, but he also admits that “indigestion” is where Lego struggled before – and that the group won’t be making those mistakes again. “You run the risk that people will lose their focus on their core business as they pursue these new adjacencies that have become the ‘new and sexy thing’ to do.

“So for me, a major paradigm shift is that the core business is the most exciting and what we need to continue to do is reinvent every year and make sure we build our business on this in the future.”

Lego remains a staple of the childhood toy box. Currently approximately seven Lego sets are sold each second, and the world’s children reportedly spend 5 billion hours a year playing with Lego bricks. Children can buy Lego products in more than 130 countries, and the company has theme parks in four countries across the globe.

Since Knudstorp’s arrival in particular, Lego has made tremendous ground. “For the first two years of this new transformation of the company, we said we didn’t have a strategy – all we had was an action plan,”.

“It was kind of like having a heart attack. After maybe having tried for 30 years to change your lifestyle you suddenly realize that you either change your lifestyle or you are going to die. And then people get very motivated and they get on this action plan of healthy eating and nutrition – or in our case, back-to-basics, serving the retailers really well and making the products children really care about and getting back to the core of what Lego is really all about: A process of rediscovery.”