Agile: If You Build It, Doesn’t Mean They’ll Come

“I had a lot of people here say agile is a great tech solution and I say no it’s not a technology solution,” says Sam Jebeli-Javan, VP and Senior Digital Project Manager at Citi.

Say what? When you’re in a room full of senior level financial and IT executives from major organisations like Citi, Bank of America and Deutsche Bank, the word agile gets thrown around a lot. It’s one of those hot buzz words in the financial sector, and over all businesses today. It’s also the stuff executives battling legacy problems say successful startups are made of. But in the fervour to harness its power of productivity, the word has gone the way of other overused verbiage of the digital age.

When was the last time you uttered the word “Omnichannel” to colleagues and received an eyeroll so deep you could practically hear it being launched in your direction? Buzzwords are just that – they buzz, but where’s their bite? Even Sid Jatia, the VP of Digital at Under Armour, has made light of the industry he is meant to lead because of overused buzz words that cloud their true meanings.

“Every time you talk about the word omnichannel, people love to hate it and sometimes you want to confront that,” Jatia told me at our NG Omnichannel Summit.

So back to agile and financial executives who praise its omnipresent power. What are they actually talking about? Jebeli-Javan attended our GDS NG FST Summit last year, and also noted that sometimes the term isn’t used correctly.

“Being agile is a way of thinking,” explains Jebeli-Javan. “It’s a philosophy and it’s a process that can be applied to anything and the business should be thinking agile with you in tech. It’s not just a tech thing.”

When you look up the word agile the definition is straight forward.

“Characterized by quickness, lightness, and ease of movement; nimble..”  When you apply it to business, the term’s intended meaning seems intuitive. A quick Wikipedia search for the term explains that business agility is to be capable of a “rapid responsible to unexpected challenges, events and opportunities.” Sounds easy enough. But where it gets complicated is in the hierarchy of well-established institutions. “Agile enterprises use diffused authority and flat organisational structure to speed up information flows among different departments, and develop, close, trust-based relationships with their customers and suppliers.”

How exactly do you make that work in an organisation as massive as Citi? Jebeli-Javan says it’s best to use a baseball metaphor, and since I’m writing this in the city that’s home to the 27-time World Series Champions, I figure it’s good if we all step up to the plate and see it from his perspective:

“There’s the famous quote, ‘If you build it, they will come’ and that was the big myth of big projects. People would say ‘We know this is the right thing to do so we’re going to build the full baseball stadium with maximum capacity seating complete with the VIP area and the dugout and it’s going to be beautiful once it’s built and we’re going to have full capacity from day one.’ This is how people build projects. You would build a 12 month to 2 year project, maybe more, and you would sink millions, and sometimes in our case billions, before you even saw if the customers wanted it. Whereas I’m saying strip it right back and put four mats in a diamond shape and start playing with your bat and ball and see how many people actually come to watch it. Once you see people come, then you’ll put some seats out for those people and the next day you can put in the dugout then you put the lawn in and it’s all gradual and based on what the customers want. It’s always organic growth rather than a dramatic move where you say let’s build big and then fail big. That’s silly. You build small and if you were wrong and you got zero people to attend after putting those 4 mats out in a diamond shape after…then you know there’s no appetite for a stadium.”

Sure could have changed the ending to “Field of Dreams.”

For more information on how you can be part of the conversation at our next NG FST Summit, click here. 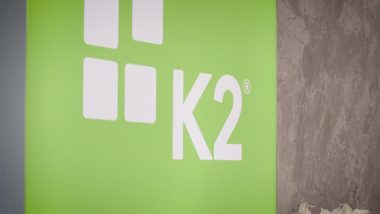