A Recipe for Innovation 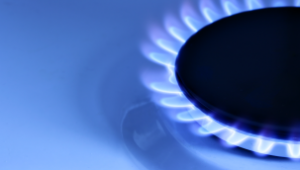 Is there such a thing? Two sincere comments convinced us we had to at least try…

Occasionally – call it serendipity – you find yourself in exactly the right place at the right time to catch someone or witness something that firms up previously ethereal thinking. Very occasionally, you’re in the right place twice in two weeks.

Four weeks ago, I was at the Next Generation Pharmaceutical Summit in Montreaux, a gathering of senior executives from the highly regulated, highly competitive world of pharmaceuticals.

Three weeks ago, I was at a similarly vital gathering of senior information security executives, with industries ranging from sports to banking and all points in between.

A fortnight of big thinkers then, wrestling with hackers, human error, and the never-ending battle against counterfeiters (“They don’t care,” sighed one chap. “Counterfeiters fake everything.” I sat bolt upright, O.M.G, my wife is a counterfeiter. That will be an awkward conversation with the police).

So what was the piecemeal thinking these elite folks made whole? At MeetTheBoss TV we spend a lot of time thinking about how we deliver real, practical value to you, our over 250,000 registered members (thank you, by the way, for all of your comments on what you want from us), and I travelled to the pharmaceutical event mulling over innovation. It’s the second most popular channel on this site, and the second most common keyword in our feedback.

Luckily for me, the opening keynote was delivered with genuine passion and humour by Professor James Woudhuysen, whose forte is forecasting and – hurrah! – innovation.

Professor Woudhuysen pushed ‘physical’ creativity – new ways of making things, new ways of building emergency shelters and rapidly constructing (largely) self-powered plants. He works with an organisation called ‘ Big Potatoes’ that has a manifesto for innovation. I found him inspirational and strongly recommend that you check it out.

He ended with a note that innovation is everybody’s responsibility (I’m paraphrasing) and should be a box on every forward-thinking checklist. “Yes!” Said the fellow next to me. “A checklist for innovation… that is exactly what we need.”

At the Security Summit, a group of us got sidetracked by Sony’s Playstation Network outage (briefly: according to the collective, the market rate for ‘clean’ credit card numbers is $20; the rate for numbers with personal details can be as high as $60. Potentially, Sony lost 77 million of these details. Even if you average that out at $10 per record, it’s one heck of an afternoon’s work. For that sort of money, you can raise an army – and that’s what these CISOs are up against). It was a fascinating and wide-ranging discussion that included electronic health records, Google, and tractors.

“What we must have,” urged one lady after almost 40-minutes of back-and-forth: “is people taking innovation in security seriously. And for that to happen, it has to be as process-driven, as measurable, as manufacturing.”

Is that possible? I asked the team on my return. To have a checklist for innovation, a recipe for innovation success that could work across all industries, all departments? We think we’ve got pretty close with this… what do you think?

Adam has interviewed over 450 chief executives from Adidas to Zappos. He has spoken on communication, leadership, and innovation at several major conferences, for organisations as diverse as CA and CeBIT, and is Master of Ceremonies for a number of brilliant business events.